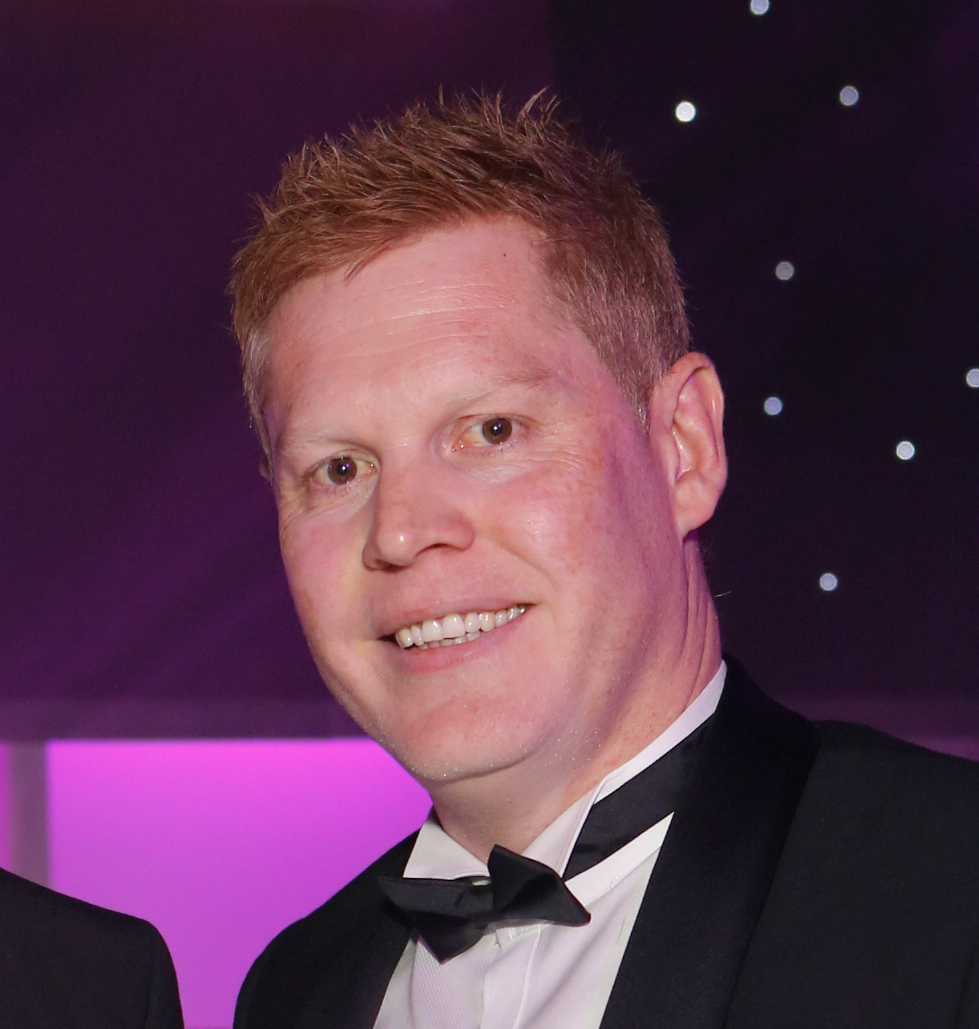 At school I always liked maths and numbers, and was always quite interested in business. I didn’t set out to be an accountant, my degree in business management was broad enough not to pigeonhole me.

I followed it up with the CIMA qualification after buying all the books and learning the material myself. I was never brilliant at exams but I dedicated all my lunchtimes and evenings to studying and managed to pass them all first time. On the day of one of the exams, I got stuck in traffic and turned up half an hour late. How I managed it, I’ll never know, but I got the third highest mark in the world!

My first job was a finance role in a toilet paper manufacturer in Leicester, a year later I moved to a quarrying company and then joined an insurance firm which was part of the Caudwell Group. That was an exciting time – if you were young and ambitious and had a bit about you could progress very quickly, and I was moving up the ranks every six months or so. I was heading up the finance team of the insurance business when the company was sold for £1.6bn, which gave me great exposure.

I stayed within the Caudwell Group as head of finance for Phones4u Direct. After spending some time at Shop Direct, where I gained a real passion for ecommerce, I returned to Phones4u as associate director of ecommerce and telesales, later becoming director of that business unit.

When Phones4u came to an end I ended up with various offers on the table. I opted for Sofaworks (now Sofology), as it was the most challenging and exciting prospect: a finance role that also gave me the chance to work with the CEO to really drive the business forward.

I like finance and I’m an accountant at heart, but I also like a big challenge and to get involved with the operations and help businesses grow. When I joined Sofology, we were losing money, needed investment, the finance team was under-resourced and the company as a whole needed more management support.

I won Young Finance Director of the Year and Finance Director (Large Company) of the Year at the 2015 North West Finance Awards. I was really proud of this, and I think the main reason was that when I came in, I built a really strong finance team, secured some major investment from GMCA and Bill Holroyd, a founding investor of ao.com. We grew turnover from £102m to £143m in the first year, going from an £11m loss to £4m profit.

At the end of last year I took on a broader role, so I’m now chief operating officer as well as chief financial officer. I now have responsibility for a lot more areas in addition to finance, including retail, customer service, warehousing and logistics, merchandising, property.

What makes a great CFO?

The ability to bring some personality to your work and to be able to relate to other board members is vital to getting all teams collaborating and working together better.

It’s important to be able to communicate effectively with colleagues right throughout the business, especially the non-finance people. You need to be able to get your message across without looking the Draconian holder of the purse-strings. I know the stereotypes about accountants but I like to build teams with interpersonal skills that can have fun and gel with others in the business.

It’s easy to be a good cost accountant but it’s much more difficult to balance that with encouraging the commercial side of the business. When I’m recruiting, people always tell me they’re commercial, but ask them for ideas of how finance can help drive top-line value and very few have anything to say.

I’ve held an Everton season ticket for 20 years, although with a three-year-old and a one-year-old I don’t get to games as often as I used to.

I play golf, squash, badminton and tennis when I can, and I try to go swimming before work once or twice a week.

I love getting involved with businesses, though this can be a huge sap on your time! I’m a non-exec director and founding investor at Compare 52, a mobile tech start-up which has already won some significant contracts and raised £500,000 in investment. I also set up BaseCampFood.com with a friend, which suits my love of ecommerce. After putting a couple of hundred pounds into paid-search marketing we’re already over £5,000 a month turnover so we had to take somebody on to run it for us. Longer term, I buy and renovate property with my brother-in-law.

I don’t really have any role models, but the biggest inspiration over this last year has been Bill Holroyd. He’s been very successful in business, and I like the way he goes about it.

I’ve met a lot of people over the years whose ethics and morals have gone out the window in their pursuit of money. But Bill’s a gentleman. He’s honest, he’s true to his word and he’s gone out and achieved things by doing it the right way.