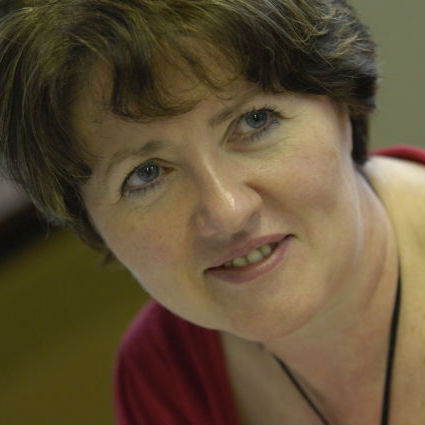 I secured an interview at Neville Russell, but as if the odds weren’t stacked against me enough already, my train was delayed six hours. When I finally got there, the HR director just asked me about my father’s job, and asked why I wanted to do men’s work. It sounds ridiculous now, but that was pretty standard back then. However, I’d had enough and I shouted at him for wasting my time. Not a great start, but he called back the next day and offered me the job, even though all the advertised positions had been filled before I’d even arrived. I think he liked that I was feisty.

After completing my training with the firm and working there for a few years, I chose to go into industry and worked in the international paint division of a manufacturing firm. I later became their first female, and their youngest ever, FD. Working for that same group, I got to travel to 40 countries and settled in Singapore overseeing the whole of the Far East operation.

I came back to the UK to start a family, working for one of the first NHS trusts, in Stockport. On the one hand, it was very rewarding to do be doing something worthwhile, and NHS accounts are completely different from anywhere else so I loved the challenge. But on the other, working for the NHS you can never please everyone, as one group will always be unhappy, so I decided to return to the private sector.

We were settled on the south coast, and I was searching for a new role. My daughter didn’t want to change school, so I concentrated on the local area. I looked around and found Ceuta, which sounded really interesting. They weren’t really in a position to recruit someone with my CV, but I persuaded them.

What does your job entail?
I’d like to think they are pleased with their decision to recruit me. It was a £5m turnover business when I joined 13 years ago, and it’s now £55m. We employ 200 people in total, with 120 in sales and on the road.

Ceuta is an outsource partner, working within health and beauty. We work with companies of any size to help build them up, market them and distribute their products.

I run the finance department, the logistics both internally and on behalf of clients, I run the IT department and oversee the office services. I undertake some internal accounting, but I am mostly involved with corporate development and negotiating with big firms.

We are currently planning our global expansion, which is exciting.

What makes a great FD?
I’m very nosey and I want to know everything that’s going on within the business. After all, there is no decision made that doesn’t ultimately have a financial consequence.

You have to be approachable. If somebody comes to me with a plan that isn’t quite right, I avoid being negative and telling them “no”. I would much rather sit down with them and say, “talk to me about what you’re trying to achieve and we will find a way to make it work.”

What do you enjoy outside of work?
Family takes up a lot of time, as does keeping fit either swimming or at the gym.

If I want to escape, I will indulge in reading. I’m pretty indiscriminate, but the bigger the story the better. I love to really feel involved.

I am also working towards fulfilling a life-long ambition of learning to fly. I have already done my first few lessons!

I am also motivated to help women in the workplace. Not in a ‘positive discrimination’ way, because I don’t agree with that. But I try to encourage people who have the ability but don’t push themselves forward, and I find it is typically women who require this particular encouragement.

Yvonne was shortlisted in the in the Private Company FD category of the 2014 FD’s Excellence Awards.