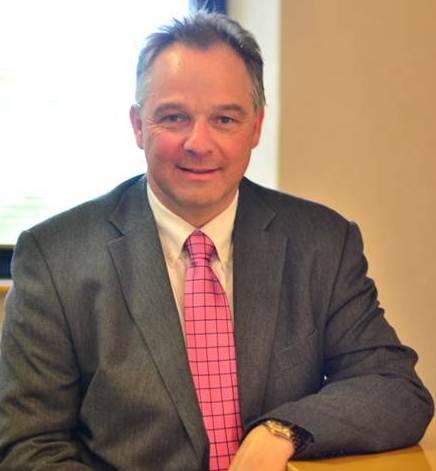 I have been in the technology/media/telecoms sector for 20 years, getting a lucky break when I was 27. I was part of an MBO team for a technology plc which became part of Fujitsu. It was a fantastic opportunity to learn from some great individuals. I learned a lot about helping a company perform at its best and working internationally, as we went from £250m turnover to £750m. I later helped Codemasters, the computer games firm, raise £15m in funding and helped Envirofone grow from a team of 25 to 150 in three years. We took income from £150,000 per month to £3m. We had taken that as far as we could when Richard Law, who I already knew, approached me in March 2009 and I made the switch to his GB Group.

What does your job entail?

I am involved with the operational aspects of the business. Finance is good, but I really enjoy using it to improve performance.

We have big ambitions. We have acquired five businesses in the last 18 months, and keeping that strong acquisition pipeline going is a major part of my role. We are also looking to expand our international operation – we are already in Germany, USA and Australia and we are looking to build on that.

I was recently named FD of the Year for SMEs at the North West Finance Awards and named in the Hot 20 FDs working in TMT today. The recognition is nice, but the latter got me a bit of stick in the office.

What makes a great FD?
Firstly, have fun. You’re doing some long hours at work, so you should enjoy it whilst you’re there.

Develop, coach and mentor. A business is nothing without its people, so it is worth investing in them. Plus you learn a lot along the way: all great initiatives come from listening.

Finally, remember that your primary role is to deliver shareholder returns. Focus on commercial aspects to drive business performance.

What do you enjoy outside of work?
I’m passionate about rugby union. I played for 40 years as well as coaching for 20 of these. The coaching has included Cheshire and club level at U18s, but I’ve just swapped to the under 13s who, if anything, are more focused and disciplined!

I love the sport, I enjoy learning about the up-and-coming players and focusing on something outside of work really clears your head.

Who or what inspires you?
My two sons, 22 and 20, and my wife Cath. My sons have no fear and create all sorts of new things and find new ways of doing old things, which I really admire. Cath’s the counterbalance: if it ain’t broke, don’t fix it.